The Names Jesus and Issa


You will come across the following statement, or a statement like it, several places on The Zoo Fence. I apologize for that. But in my mind, it is importnat enough to be repeated.

Here’s the thing. By design, The Zoo Fence is, as its sub-title suggests, a commentary on the spiritual life. Accordingly, it is inevitable that there are frequent references to spiritual Teachers like Maharajji, Nisargadatta, Ibn ’Arabi, Moses, Ramana Maharshi, Lao Tzu, Basil, and … Jesus.

But about Jesus: It has been obvious to me for a long time — and, I expect, to many of you as well — that the name Jesus by which we know the Gospels Teacher was not in fact the man’s name. Jesus is the English form of the Latin form of the Greek form of the Hebrew word Yeshua or Yehoshua. In fact, scholars tell us the man’s name was (almost) certainly an Aramaic word, most likely something like Issa. But definitely not Jesus or Iesu or anything similar.

Given that, I cannot help but wonder, is it appropriate for me, for us, to consider him, to address him, to love him, even to pray to him, by the English version of the Latin name used by Pontius Pilate and his Roman soldiers as they drove iron nails into his hands and feet. Surely his mother, his siblings, his disciples, those who knew him in person and loved him, did not address him by that Roman name. 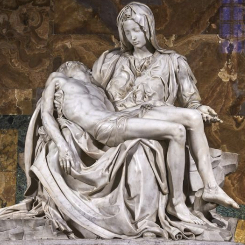 Suppose a dear friend of yours were arrested and tortured by a foreign authority, and they called her or him by a new name, something more suitable to their language, would you adopt that name in addressing or remembering your loved one? The question answers itself, doesn’t it?

I have struggled with this for a long time. I began by referring to the man in thought and in prayer as Issa, but never out loud. My excuse has been, gee, old habits die hard, and what difference does it make, and surely he does not care.

Now (summer 2022) I am finally finding the intellectual courage to admit to myself that it does make a difference. If not to him, then it ought to to me. If I respect him, if I love him, if I cherish his Teachings, then I owe it to him — and to myself — to address him by his proper name, by the name Mary and Mary Magdalene and Peter and James addressed him, not the name coined by those who abused him, beat him, murdered him.

And so I am putting Issa on The Zoo Fence. When I began writing the playlet Jesus and Judas, he was Jesus, but I have changed that to Issa. However, I left a link to the original version where he is Jesus because I realize that a lot of TZF visitors will initially experience as much difficulty ingesting the name Issa as I did, and I do not want that discomfort to interfere with their willingness to consider the point of the playlet. Likewise, for a while I have included with most appearances of the name Issa a link to this explanation or another like it. Again, it has taken me a long time; there is no reason for me to insist that TZF visitors deal with this quicker than I could.

• To jump to my playlet about a meeting of Jesus, Judas, and Mary Magdalene, click here.
• To return to our home page, please click here.
• Editor’s Note: Michelangelo’s La Pietá is at St Peter’s Basilica in Rome. The Italian word pietá means compassion, mercy, pity. There is an Italian expression, facere pietá ai sassi which means to make the stones weep. Surely Michelangelo, working on this piece in stone (marble), chose La Pietá for its name to remind us of Luke 19:40, I tell you, if these were silent, the very stones would cry out.

The Zoo Fence is Made in Maine!